A test station framework developed in-house by EXCO is used. This contains a wide range of standard tasks such as the recording of the measuring signal, the activation of the periphery, linking with the database and the simulation of the hardware; only the project-specific testing steps require implementation.

The synergies were put to optimum use, as we completed both the development and the validation. 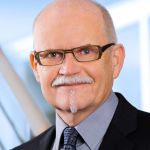